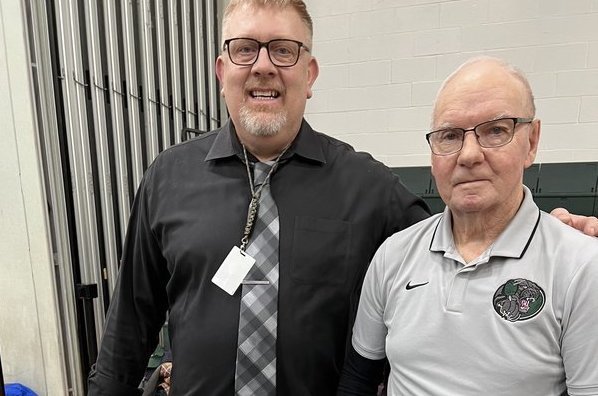 Coach Edwards calling it a career

Pioneer Varsity Wrestling coach Chris Edwards is stepping down at the end of the season. His final home match is Friday, Jan. 27, at 6:00 p.m.

Coach Edwards has had a busy 15 years heading the varsity squad. Some of his achievements:

"Chris has been a powerful influence in the Western New York and New York State wrestling community," said Pioneer athletic director William Weidner. "The Pioneer wrestling scene, his colleagues, and his wrestlers will miss him tremendously."

Mr. Weidner continued, "Chris built his program from the ground up, starting with reshaping the community's youth program and the school's modified program. The results have been superb."

Coach Edwards has also been reflecting on his career. "I have been very fortunate to work in a community that values hard work and commitment.   The kids in this community are hardworking, resilient and are committed to the tradition of our program.  I have also been lucky to have great mentors in Coach [Ron} Brunner and Coach [Dick] Post, as well as supportive Athletic Directors in Mr. Weidner, Mr. [James] Graczyk and Mr. [Mark] Relyea. 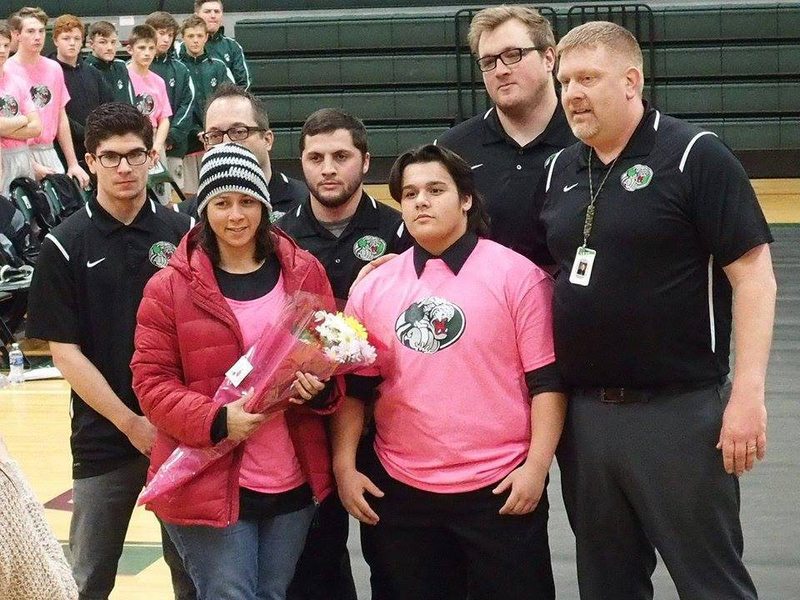 ABOVE: Coach Edwards at right, during Senior Night 2019.

"I'm very proud that I could be a part of the great tradition of Pioneer Wrestling," he continued. "I have had the opportunity to coach in some great environments including the state championships in Albany,  as well as the national finals in Virginia Beach.  But nothing compares to a home match in our gym (The Thunderdome) with our alumni and community present.  The program is built for long-term success, I cannot wait to come and support the team next season."

Coach Edwards expressed his gratitude. "I would like to thank all of the wrestlers that I have had the pleasure to coach, all of the assistant coaches that have helped get the program to where we are today and would especially like to thank my wife Addie and my girls (Shay, Ellie, Avery and Camryn) for allowing me to do this job that I loved so much."