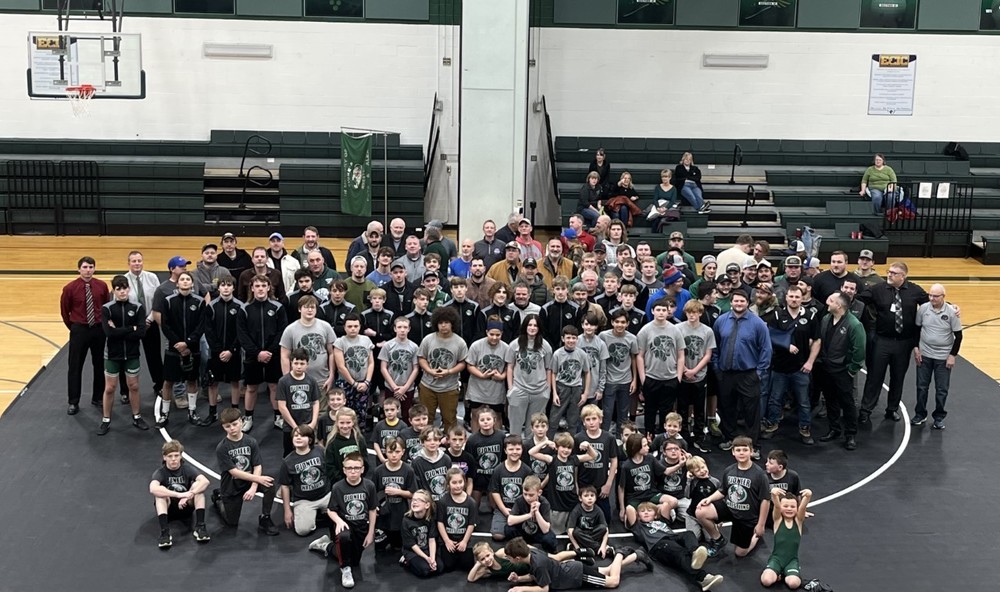 Over 70 alumni of the Pioneer Wrestling Program were in attendance for the first Generations Night, held Jan. 10 in the “Thunderdome” (high school gym).

Past team members and coaches were urged to attend early and be recognized. A highlight was an appearance of long-time coach Richard Post.

After a few youth matches and special recognitions, the current Panther squad took to the mat and defeated Lake Shore, 58-15.  Link to YouTube video below

Jerry George (Class of 1983) was one of the organizers. He said, “The only motivation was to celebrate and share the legacy of Pioneer Wrestling and the nostalgia it evokes. By now the dynasty is generational with fathers and sons contributing along the way. I wanted all the alumni to feel that same sense of pride they felt while representing Panther Nation in their teen years. I also wanted the coaches to have a nostalgic moment with their former teams, and wrestlers to reminisce about the ‘good ole days’.” 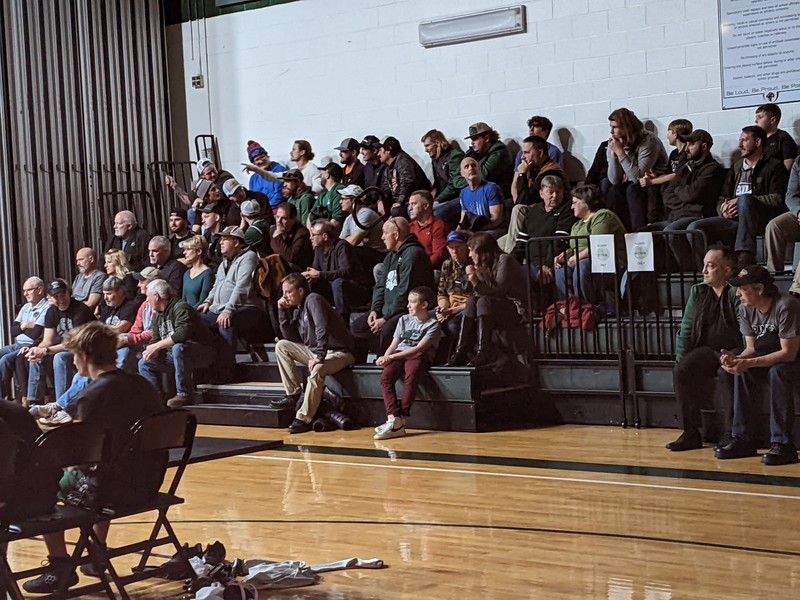 ABOVE: The alumni section at Generations Night.

Mr. George declared the night a success. “Mission accomplished, for sure! We had about 70 former wrestlers, and a lot of funny stories were shared afterward at Beer Justice, [an Arcade pub] owned by alumni Paul Romesser and his wife Tammy. There were lots of hugs and tons of pictures taken.”