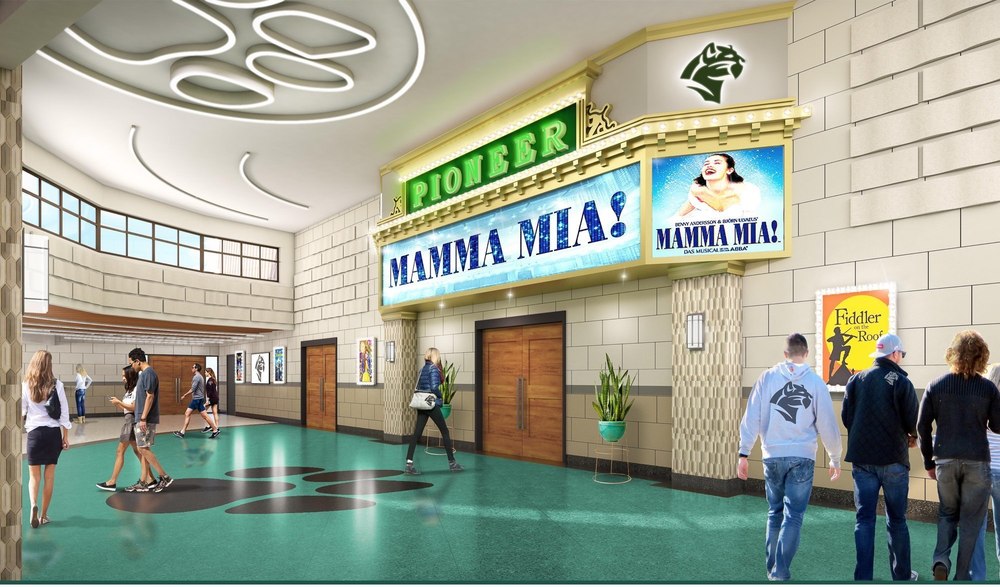 A summary of the 2020-22 capital improvement project

Pioneer's 2020-22 capital improvement project has resulted in a slew of infrastructure upgrades, safety enhancements, and energy efficiency advancements, all of which will have impact for decades to come.

Vendors contracted with the district are putting the final touches on the project, which totaled $21.24 million and had a zero (0) local tax impact.

Director of Buildings and Grounds/Maintenance Nick Titus provided some details that accompanied a presentation given to the Board of Education at its regular meeting Oct. 4.

HS ENTRANCE AND FOYER: The goal was to install a security vestibule while expanding the foyer. Mr. Titus said, "Anytime we had an event before, such as graduation or the musical, people were often waiting in line outside to enter the building. Now we have an entrance that not only is safer but also room enough for large crowds. The vestibule allows the greeter to buzz people in, and from there visitors can show ID and get a pass to enter the building. Or if they're just dropping something off, they can put it in the drop-off carousel. If they're here to pay taxes, there's an area just for that."

HS LOCKER ROOMS: The locker rooms were original to the 1970 building and were in poor condition. "In the redesigned space, there are new tile and lockers, team rooms for visiting squads, and individual private shower areas," Mr. Titus said. Funding also allowed renovations of the Physical Education teacher offices, as well as a revamp of equipment storage areas near the P.E. offices.

MS LIBRARY MEDIA CENTER: The LMC was another area that had not seen improvements for decades. "The circulation desk, which is still being completed, will be the centerpiece," Mr. Titus said. "Truly the whole room is state-of-the-art, with flexible rooms that can host large or small meetings, instructional areas, and the computer lab. Plus there are areas for just sitting and reading."

MS FACS & ART ROOMS: "These classrooms have been untouched in previous capital projects," Mr. Titus said. The FACS rooms has new appliances, tile flooring and islands for student collaboration. The art rooms have new fixtures, student work areas and flooring. "All of these changes are in line with modern instruction," Mr. Titus added.

K-4: In 2021, over 50 classrooms at Delevan received new wood-style vinyl flooring while Arcade classrooms received the same upgrade this past summer. New carpet was installed in the auditorium at Arcade.

OTHER WORK: The high school roof was completely replaced. "It'll be nice not to have to put buckets in the ceiling to catch water," Mr. Titus said, noting this was particularly bad in the gym. In addition, air handlers in the gyms at Delevan and the middle school were replaced. "These gyms were unbearable in warmer weather," he said.