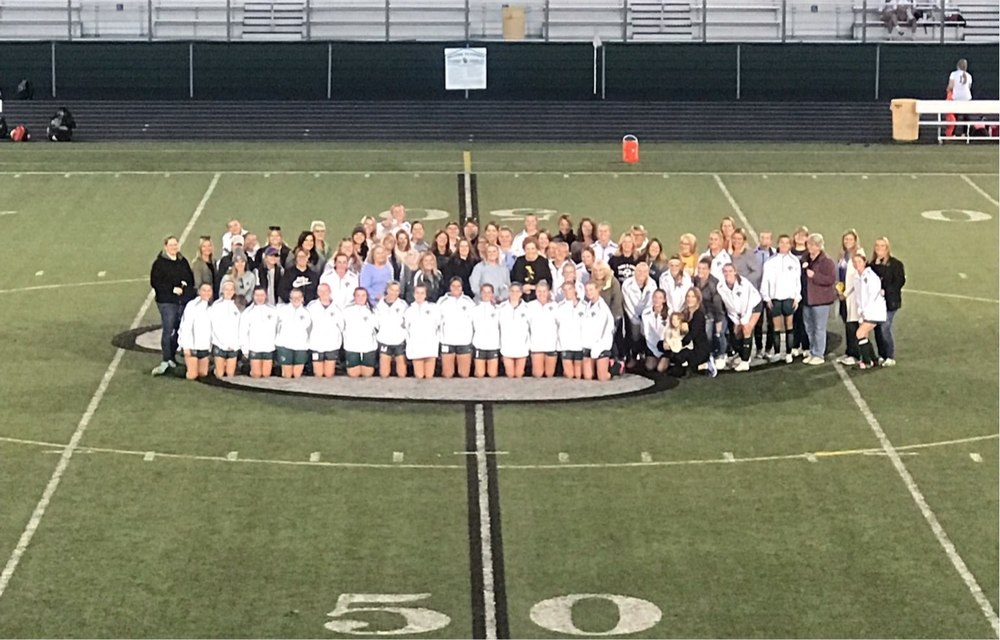 Members of the Pioneer Women's Soccer program took time out before a recent game to recognize the 50th anniversary of Title IX.

Title IX is the federal civil rights law that prohibits sex-based discrimination in any school or any other education program that receives funding from the federal government.  The introduction of Title IX was followed by a considerable increase in the number of female athletes participating in organized sports within American academic institutions.

The celebration was organized by Addie Edwards ('00), a former Pioneer soccer, basketball and softball player, and mother of two current soccer players.

As part of the ceremony, the soccer program recognized Valerie Relyea, a pioneering figure in athletics at Pioneer. Mrs. Relyea was among the first to introduce, coach and fight for women's sports for the Panthers. 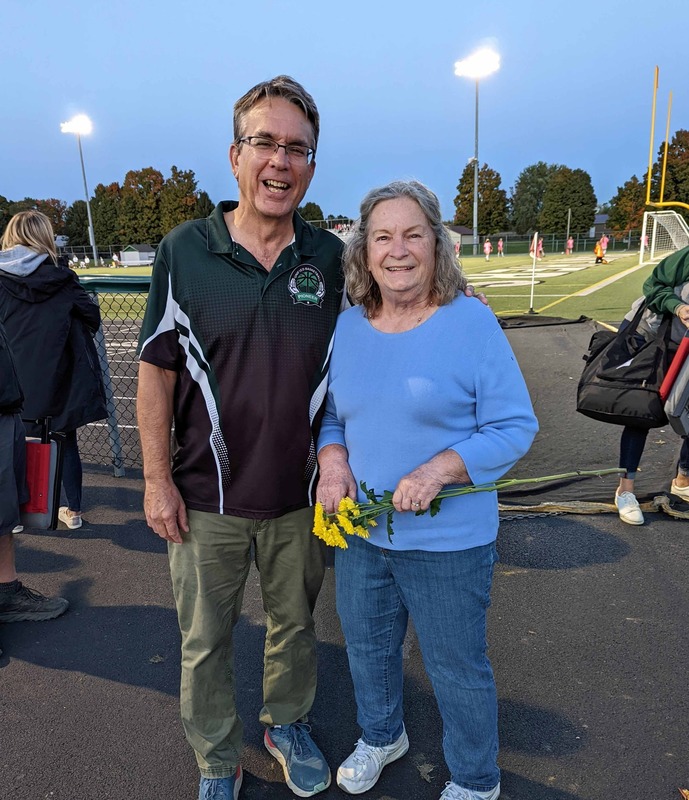 ABOVE: Bob Schooley, the Voice of Pioneer, welcomes Val Relyea.

The following about Mrs. Relyea was read at the ceremony: "The Pioneer women's soccer program would like to recognize a very special woman, friend and coach. Someone who gave 30 years of dedication to Pioneer as a teacher and coach of girls basketball and field hockey, from 1969-1999. Throughout those 30 years she never stopped fighting for equality for the girls and women at Pioneer. This coach started her quest for quality in sports and coaching in 1972 and found herself fighting in the court system in 1976. Her persistence and passion for Title IX prevailed, and her success set the wheels in motion for equality and change for females in sports for all future years to come at Pioneer. She has been an icon for equality and a role model for many in our community."

Each player was able to recognize one or two guests—relatives or friends who participated in sports. The majority of those cited were former Pioneer athletes, and many were able to join the celebration in person.

A statement read at the ceremony added this perspective: "Even as we celebrate this essential legislation and the incredible progress made over the last 50 years, we know that the full promise of Title IX remains unfulfilled for many girls and women across our nation."