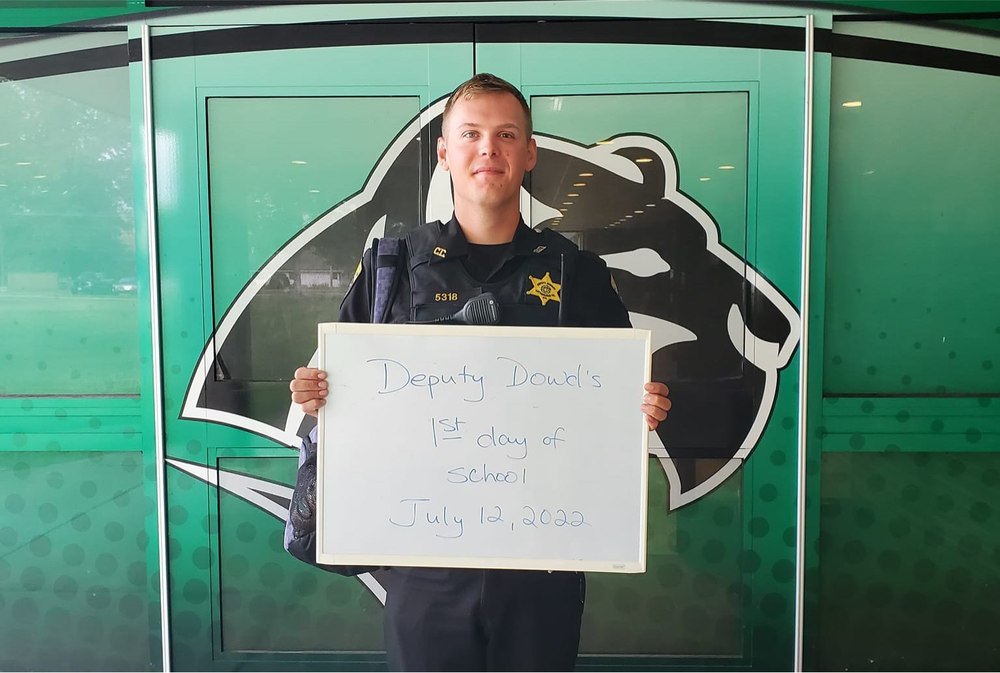 Forming a bridge between the school and community, and building relationships with staff and students, are two goals of the latest School Resource Officer (SRO) to serve at Pioneer School District.

Cattaraugus County Sheriff's Deputy John Dowd was named recently by the Board of Education to succeed Deputy Joe Miller, who is departing after five years for his native school district, Portville.

Deputy Dowd is originally from Youngstown, NY, and graduated from Lewiston-Porter Central School. He worked for the Town of Niagara Police Department in 2016, moving to the Cattaraugus County Sheriff's Department in 2020, following a one-year activation in Japan with the U.S. Marine Corps.

"I have never been an SRO, and I'm excited about Pioneer because it's a large school district with many students that I hope to build positive relationships with," Deputy Dowd said.

Asked what philosophy he hopes to bring to serving Pioneer, Deputy Dowd said he would continue forging partnerships and bridging the gap between the Sheriff's Department and the community. " I want to build friendships with employees, students and parents, and to collaborate on how to make our communities safer and stronger while educating each other," he added.

"Our sheriff's office has done an amazing job with staying community-involved, especially with the SRO programs, and I hope to be a helpful asset for the Sheriff's Department and school community," Deputy Dowd said.

Deputy Dowd will be stationed at Pioneer Middle School.  Anthony Ellis and Trevor Nourse are the other deputies, and Jared Benkelman is the Arcade officer.