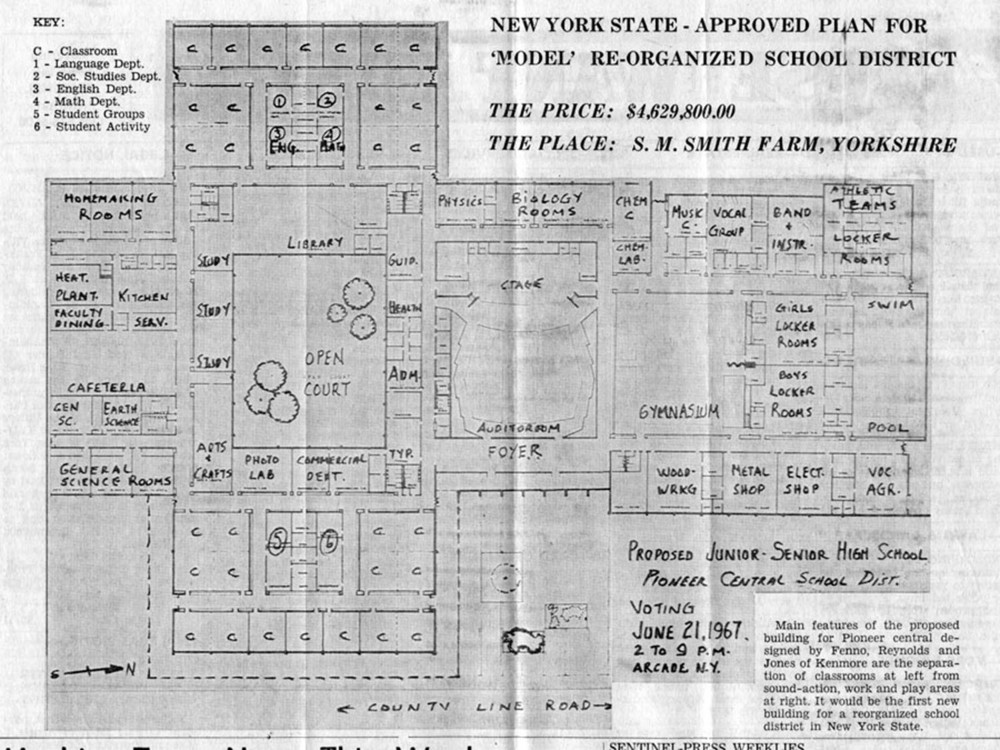 IT WAS 50 YEARS AGO THAT PIONEER HIGH SCHOOL OPENED

The building that symbolized the merger that created Pioneer School District opened 50 years ago this fall.

Pioneer Junior-High School threw its doors open to over 1,600 students in September 1969. The construction of a junior-senior high school was one of the first major decisions by the school board following the merger of the former Arcade and Delevan-Machias school districts in 1966.

The $4.6 million building was the first such facility for a merged school district in New York. 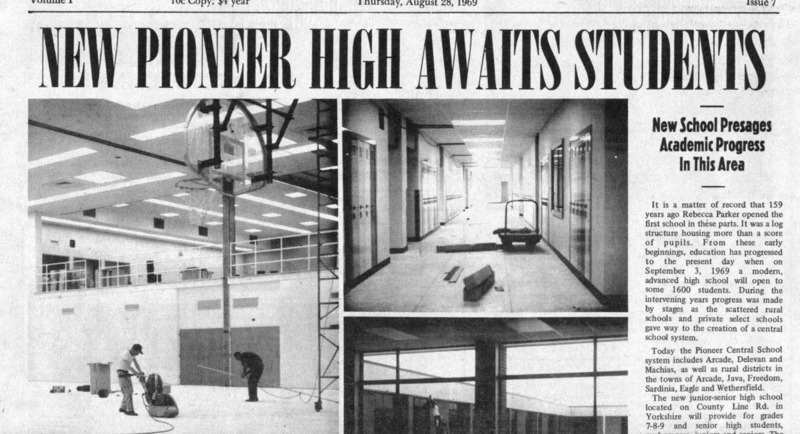 ABOVE: It was far from perfect, but Pioneer Junior-Senior High opened 50 years ago.

Things did not go smoothly when the high school opened.

Support staff members had to work out of boxes and had barebones furnishings, if at all.  Students had to bring their lunches until the cafeteria was ready, and several classes were held in hallways until classrooms were completed.

For seventh-graders and seniors alike, entering this school was a whole new experience. The Class of 1970 in particular faced the challenge of turning two junior classes into one senior class, and to ease the transition the class had two sets of officers and advisors. 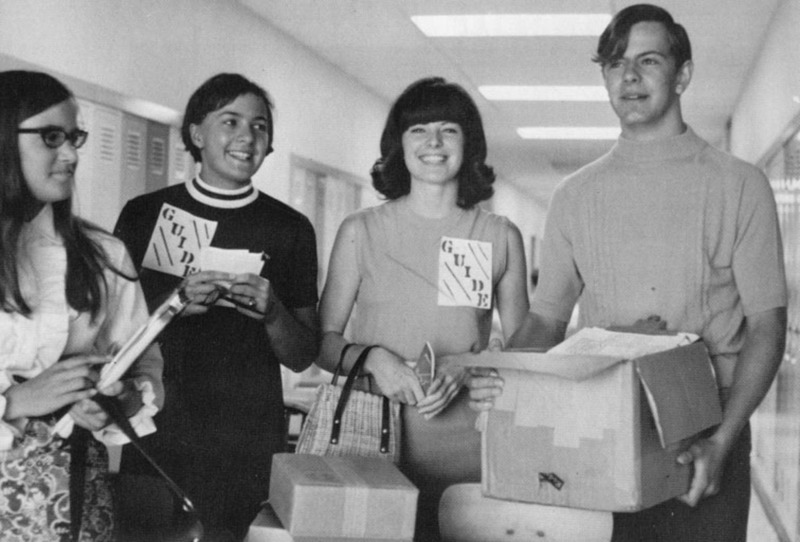 ABOVE: Student guides at the opening of Pioneer Junior-Senior High, 1969.

As for those finding their way, specially trained student guides helped keep things moving in the school, which for newcomers even today can be hard to navigate.

Sports teams, musical ensembles and clubs from the two buildings had to be merged into one, and two faculties had to work as one. The first year was certainly not without its difficulties, but they were offset by the spacious classrooms, the large auditorium and gymnasium, and a swimming pool. Even the pool caused a controversy just before school opened, when it was announced that boys in physical ed classes would swim in the nude. That proposal was soon modified.