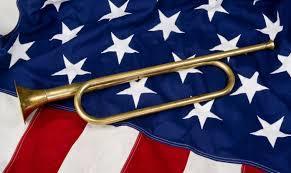 The bands, orchestra and choral ensembles will perform pieces in honor of those who have served our country. Local veterans and their families are urged to attend the free concert.

A Hero's Journey  by Mark Lortz
The Light Eternal  by James Swearingen
Stars and Stripes Forever  by John Phillip Sousa arr. by Curnow
Armed Forces: The Pride of America arr. by Larry Clark and Greg Gilpin

Vocal director Victoria Tomasulo shared what her groups are performing: